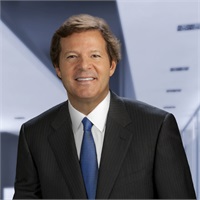 Mr. Farrell has helped hundreds of families and individuals plan for retirement and pursue their dreams. During his career, including nearly 14 years as Vice President and Senior Financial Advisor at Merrill Lynch, Mr. Farrell discovered one indisputable truth: too many people are falling short of achieving their all-important financial goals. As a result, he founded Newport Capital Advisors.

Mr. Farrell is a dynamic and creative thinker who thrives on reinventing. His desire is to come up with a “different than usual” approach. His goal is to be inventive, resourceful and artistic. He seeks to find new strategies that depart from traditional methods. He looks at the "same-old" with a fresh perspective. He endeavors to create new ideas. His goal is to inspire and encourage others to think big, step out of the box, and to look at new and fresh ideas.

Mr. Farrell is a Registered Representative with Cambridge Investment Research and holds securities licenses 7, 63, 65, and 31. He is a graduate of the University of the Pacific. There, he pursued studies in Business Administration and Organizational Development. He also holds a degree in Psychology with an advanced specialization in Applied Behavior Analysis.